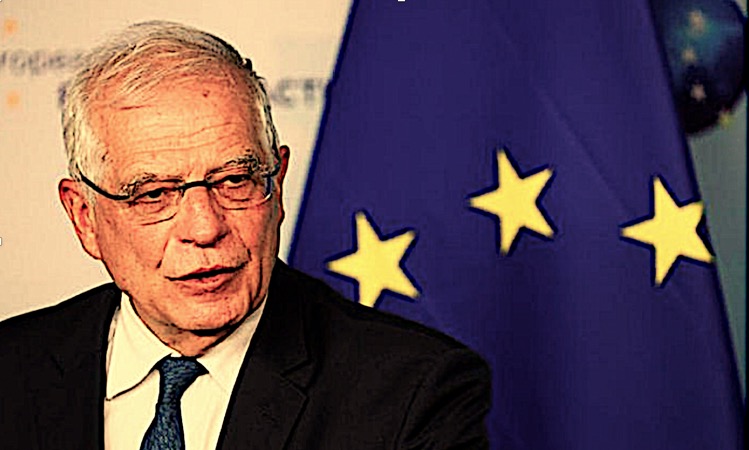 The Biden Administration’s China policy assumes that among democratic nations there is a shared view on an existential competition with China. The re-emergence of the issue of European strategic autonomy highlights President Biden’s misunderstanding. Rather than again uncritically fall in behind America’s foreign and strategic policies, Australia needs to pay heed to Europe’s mature approach to sovereignty and autonomy.

During the tenure of the Trump Administration the issue of strategic autonomy came into sharper focus for the Europeans. The legacy of that time is a heightened awareness of how quickly European confidence in America’s commitment to the security of the continent could be shaken, and how rapidly transatlantic economic and diplomatic relations could become transactional, adversarial, and distant.

The Biden team’s declaratory policies on multilateralism, and the effort it has put into re-establishing traditional modes for conducting mutual business, has been welcomed. However, the recent experiences cannot be expunged from the European consciousness. There is a convergence, at least on a rhetorical level, between the Europeans and Americans on a range of issues, but the hopes of a joint crusade against China will founder on the details and because of the lessons learned.

Since the 2016 production of A Global Strategy for the European Union’s Foreign And Security Policy the geopolitical situation has deteriorated. This document sought to advance “the ambition of strategic autonomy for the European Union”. A recent flurry of studies addressing the current relevance and importance of European strategic autonomy indicate the issue has not been sidelined by Joe Biden’s election (see here, here, here, and here).

The European Union’s (EU) High Representative Josep Borrell recently argued the EU has “to start bringing together those who, on the geostrategic level, are today worried about the Sino-American rivalry and the risk it poses to third countries and especially to [Europe]”. According to Borrell, Europeans must simultaneously seek “the best guarantee for a peaceful and safe future for all, but at the same time we have to assess a good understanding of what is [Europe’s] interest”. He said European interests do “not always coincide with the US’ interest” and “in the big confrontation that is coming between the US and China we have to look for our own way”.

Strategic autonomy is not conceived narrowly as a security issue by the Europeans. Borrell has observed that “no one advocates the development of a fully autonomous European force outside NATO”. However, it does involve moves to “develop the international role of the euro, to avoid being forced to break our own laws under the weight of secondary sanctions”. It means Europe achieving “a much better level-playing field with China when it comes to investment standards”. Also, achieving strategic autonomy “will require intensive leveraging of the power of Europe’s single market”. The approach to China is nuanced, “treating China as an important partner, but also as a competitor and a systemic rival”.

As President Macron told the Atlantic Council in February this year, strategic autonomy means “the European Union has to be able to think [for] itself as a common and relevant entity,“ and “to be in a situation to invest much more on the critical items of the sovereign entity, and defence issues are part of them”. Macron, repeating Borrell, said “that China is altogether a partner, a competitor, and a systemic rival”. Moreover, Europe cannot put itself “in a situation to depend on US decisions, because any US decision that is democratic could be led by a domestic approach, could be led by a domestic agenda”, and it “could not be exactly the same as the European one, especially when you speak about our neighbourhood”.

Macron and Borrell represent an influential strain in European thinking. It is clear they do not see complete alignment between the US and the EU on all issues, and emphasise that they see some disadvantages and dangers for Europe in simply falling in behind the Americans. Both see the competition between China and America as largely a bilateral affair, and while siding with US criticism of China on a range of human rights and trade issues, have no interest in Europe decoupling from China. For these European leaders, identifying and acting on Europe’s interests are at the heart of strategic autonomy.

The pragmatic concern of the Europeans to establish a autonomous presence focused on their interests stands in contrast with the Australian position. Addressing the Raisina dialogue, Prime Minister Morrison echoed the American rhetoric . He framed the global situation ideologically as” strategic competition”, speaking of “a polarisation between authoritarian regimes and autocracies, and the liberal democracies that we love”.

Rather than advocating working with China and Russia, Morrison warned that democratic sovereign nations are “being threatened and coerced by foreign interference” and spoke about the need for “like minded nations [to] act more consistently, more cohesively, more often, in our shared interests, on economic security”, and for “new groupings of like-minded countries to work together like never before”.

The world of like-minded nations on one hand and autocrats on the other, that Biden and Morrison perceive, is far too simplistic a basis for the Europeans to address their realities. China does pose a range of economic and political challenges for the Europeans, but their major security concern is Russia, and their foreign policy challenges mostly lie in North and Sub-Saharan Africa, the Middle East, and Central Asia. For very sensible geographic reasons the Europeans don’t share the American and Australian preoccupation with the Indo-Pacific.

The Europeans won’t join with the like-minded allies massing behind America’s banner of democracy militant. This will weaken Biden’s strategy. While they will add theirs to other voices standing up for human rights, international laws and norms, and multilateralism, the Europeans won’t follow Biden’s clarion call into an all out multi-spectrum confrontation with China.

There is an important lesson here for Australia. The Europeans won’t sacrifice their own interests to the American need to win the future. Neither should Australia. In fact, a robust debate is needed on what Australian strategic autonomy might look like.