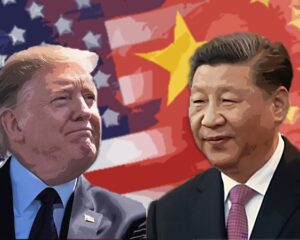 The U.S. has dominated the Pacific Ocean — sometimes called an “American lake” — since the end of World War II. Suddenly Americans have a competitor, although it is a rivalry that routinely gets overblown. China’s major thrust is economic, through its massive Belt and Road Initiative (BRI), not military.

END_OF_DOCUMENT_TOKEN_TO_BE_REPLACED 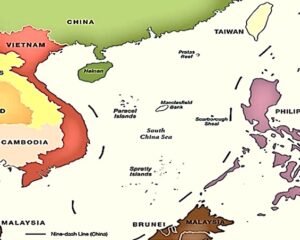 Australia’s statement on the South China Sea in July 2020 was its strongest rejection yet of China’s claims to the waters. It did not represent a new position on the legal issues, but marked a fresh determination to confront China over the maritime disputes. The United States is also pressuring Australia to join its freedom of navigation exercises in the sea — a move likely to further anger China. As tensions in the South China Sea mount, it’s important to understand how this dispute began and what international law says about freedom of navigation and competing maritime claims in the waters.

END_OF_DOCUMENT_TOKEN_TO_BE_REPLACED 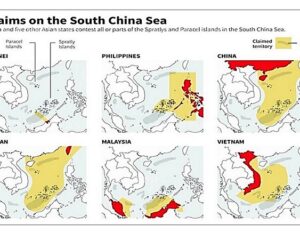 Despite Australia and the United States having no direct interest in continental shelf claims in the South China Sea, both have recently joined the debate. Both appear to have sought maximum publicity for their submissions – which have been reported as providing the basis for confronting and false media headlines, such as ‘Australia says China’s claims to disputed islands are ‘invalid’ and are not consistent with UN convention on law of the sea’. In fact there is nothing new in the Australian or US statements despite suggestions that they reflect new aggressive stances against China, and it is not clear why Australia and the United States made statements at this particular point in time other than to add another dimension to the intensifying rivalry with China.