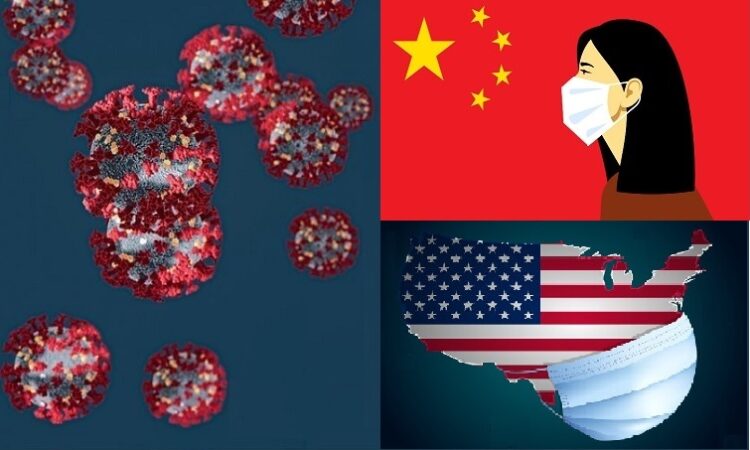 Nearly a quarter of our way through the 21st century we have been fortunately spared thus far the devastating wars that blighted the previous century. Yet we have nonetheless experienced an almost uninterrupted flow of systemic shocks that have put Western democracies and the cohesion of our societies under massive stress…

The coronavirus crisis is different and its consequences may well prove more long-lasting… Already some strategic implications are becoming clearer.

First is a retreat back to the nation state

The state, recently contested by populist forces or regional parties, is once more in control and rallying all the levers of power to commandeer hospitals, business and the scientific community to fight the virus. As China – where new cases of infection have plummeted – has shown, state authorities that can get a grip on the virus gain a new authority and legitimacy. Those that fail by delaying decisive action may well be punished, but the overall result may well be a reduced faith in multilateral organisations such as the EU which have been invisible or not perceived as adding any value. At a time of crisis only the state provides refuge.

As after 9/11 and the 2008 financial crisis, governments have thrown caution to the wind and are pumping billions (perhaps eventually trillions) into their economies to prevent mass bankruptcy and stock market collapse. Austerity is definitely at an end… But, once the crisis is over, with interest rates at zero or below and debt levels skyrocketing governments will need to rebuild their health services, help all the newly unemployed and pump prime their economies.

Ideas to promote closer integration in the EU through a banking union or debt mutualisation or common fiscal policies are likely to be coolly received. This will also make it harder for the NATO countries to uphold their commitment to spend 2% of their shrinking GDPs on defence or on overseas aid such as the UN Sustainable Development Goals. Money for EU budgets to achieve EU strategic autonomy, such as the European Defence Fund or the upgrading of transport infrastructure to facilitate military mobility, is already under strain and will be even harder to come by. So the quest of the West to rebuild its military forces and acquire new projection capabilities and high-tech weaponry to deter Russia and China may well be frustrated as governments strive to get their finances in order. Will this induce powers like Russia and China to take more risks in challenging a weakened, less confident West?

Already at the World Economic Forum in Davos last January experts were predicting a ‘great decoupling’ between the American and Chinese economies. The closure of Chinese factories at the beginning of the lockdown around Wuhan disrupted global supply chains on which car plants in Europe depend. Now, in reverse, massive shutdowns of businesses in Europe could disrupt production in China which is only now restarting. Therefore, businesses that have seen globalisation as a boon to achieve economies of scale may now believe that resilience requires bringing supply chains back home or diversifying them in the neighbouring region. Will this mean the end of globalisation as we have known it? And what will be the consequences if foreign investment flows and global trade continue to contract? Will the ‘great decoupling’ be accelerated?

Finally, the coronavirus crisis has accelerated rather than replaced geopolitical rivalries

China and the US have accused each other of being responsible for the outbreak. EU governments have accused Russia of being behind fake news and disinformation campaigns exploiting the virus to sow divisions and confuse public opinion. As everyone gets used to working from home and working online, internet use has soared by 50% and more unsecured data is flowing across our IT networks. This makes us even more vulnerable to hackers and cybercriminals who will not hesitate to take advantage of the increased targets and associated vulnerabilities.

Government use of data on individual communications and behaviour

At the same time, governments are using data to track the location and movements of their citizens and working with social media companies to gain more access to data on individual communications and behaviour. All in the name of tracing the spread of the virus. China has pushed this far already in terms of the spread of facial recognition technology and partnering with popular sites such as WeChat and AliPay. Once the crisis is over, governments may well not want to return privacy to their citizens but continue to freely access data to better regiment their populations. They will do so all in the name of being ‘better prepared for the next crisis’.