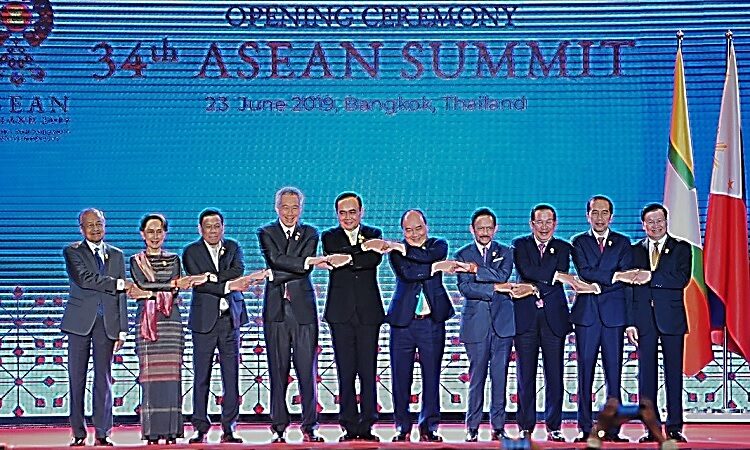 It’s worth running a reality check over assumptions underlying Australia’s strategic thinking. Shaping Australia’s immediate region is first of the three strategic objectives set out in the 2020 Defence Strategic Update. Whatever this means, it seems clear from recent surveys that the government is overestimating its influence and underestimating the capacity of the ASEAN states, in particular, to recognise their own strategic interests.

The Strategic Update assumes Australia must be an “active and assertive advocate for stability, security and sovereignty in our immediate region”. While the immediate region ranges “from the north-eastern Indian Ocean, through maritime and mainland South East Asia to Papua New Guinea and the South West Pacific”, the ASEAN nations are by far the most significant. It is clear that they define their own areas of interest differently from Australia’s and, as sovereign nations, are conscious of their specific and shared interests.

Shaping presupposes that Australia can exert, or could develop, a level of influence in Southeast Asia that would permit moulding the strategic perceptions of the ASEAN states over the long term, and persuading them to align their policies with those of Australia. Australia’s other strategic objectives of being able to “deter” or “respond” to threats in great part depends on successful shaping.

In addition, Australia assumes that acting in close association with the US will increase the chances of successfully shaping regional policies. The Strategic Update implies this by stating “Australia’s immediate region is also the area in which we should be most capable of military cooperation with the United States”.  Another assumption at odds with the evidence.

The problems with these assumptions are exposed two surveys; the Centre for Strategic and International Studies’ (CSIS) Powers, Norms, and Institutions- The Future of the Indo-Pacific from a Southeast Asia Perspective, and  The State of Southeast Asia: 2020 Survey Report from the Asian Studies Centre (ASC).

The CSIS study surveyed 201 members of the “strategic elite” selected from among nongovernmental experts influential in the debate on international affairs in ASEAN countries. The ASC surveyed 1,308 respondents from across all ten ASEAN member states, including government and international bureaucrats, thinks tanks, academics, researchers, business groups, media representatives and NGOs.

The ASC asked who should be the “preferred and trusted strategic partner for ASEAN” to hedge against China-US competition. Japan was named by 38.2% of respondents and the European Union by 31.7%. Australia was only named by 8.8%, putting it just ahead of India (7.5%) and Russia (6.1%). On how relations with China would change over the next three years, 45.5% said they would remain unchanged, 30.0% that they would improve, and 8.3% that they would improve significantly. Not surprisingly, 77% believed US engagement in Southeast Asia had declined under the Trump Administration.

Crucial from the perspective of Australia’s strategic judgements are the answers given to the question ”how confident are you of the US as a strategic partner and provider of regional security”. While 18.1% had no comment, 13.8% had no confidence and 33.2% little confidence in the US. Only 4.6% had full confidence. On security, the ASC found that domestic political instability, including ethnic and religious tensions, economic downturn, and climate change are considered the three most pressing security concerns for the region. The climate change concern continues to gain traction in the region as it is ranked higher than terrorism and increased military tensions arising from flashpoints.

Asked, hypothetically, who should ASEAN choose were it forced to align itself with one of the two strategic rivals, the ASC found 53.6% of respondents to be more comfortable with the US than with China (46.4%). However, the survey report concluded that the region’s support for, or accommodation of, China cannot be under-estimated, because the country-level data showed that the majority of respondents from seven ASEAN member states (Laos, Brunei, Myanmar, Malaysia, Cambodia, Thailand and Indonesia) would “choose to align their country with China”.

The findings of the CSIS study were broadly consistent with the ASC’s survey. China was seen by respondents “as holding slightly more political power and influence than the United States in Southeast Asia today”. China was followed by the US, Japan, and South Korea, all of which were seen as having far more influence that Australia. The respondents’ judgement was that in 10 years’ time, relative to the US, China will be “considerably more politically powerful and influential”.

While the CSIS study found “no consensus on whether China’s role is beneficial or detrimental to the region”, it also failed to find great concern over China as a military threat. It also found that across ASEAN, the non-traditional threats like climate change, economic crises, natural disasters, and human security needs were considered to be of greater concern than traditional military problems.

It should be noted that the surveys were conducted before the Covid-19 pandemic, and that the presidential election in the US could change perceptions, in either direction, depending on the outcome. Nevertheless, there are some clear implications for Australia’s strategic policy from the results.

The most obvious takeaway is that Australia has nowhere near the influence the Strategic Update implies. Japan has far more influence in ASEAN, probably because the ASEAN states define Japan as being in their immediate area. It is also clear that the ASEAN states are nowhere near as alarmed by the prospects of “high-intensity conflict”, or other military threats, as is Australia. The difference in priorities makes it improbable, given what appears to be a low level of direct influence, that Australia can “shape” the region in any meaningful way.

Perhaps the most significant problem for Australian policy-makers in achieving the “shape” objective is the inability to appreciate the ASEAN perspective. The ASEAN states don’t see themselves in as being in Australia’s immediate region in the way Australia wants. The ASC found lukewarm enthusiasm for the concept of the Indo-Pacific that lies at the centre of the government’s strategic analysis. The concept was seen as unclear and requiring further elaboration by 54%, as intended to contain China by 23.2%, and as potentially undermining ASEAN’s relevance and position in the regional order by 22.6% (an increase from 17.2% from 2019). While the survey showed a greater acceptance of the concept than in 2019, still only 28.4% of respondents saw the concept as presenting ‘a viable option for a new regional order’.

The Southeast Asian states see themselves as being in a region where China and Japan have the most influence, and where the US’s influence is declining. The foundations of Australia’s strategic logic are very shaky.