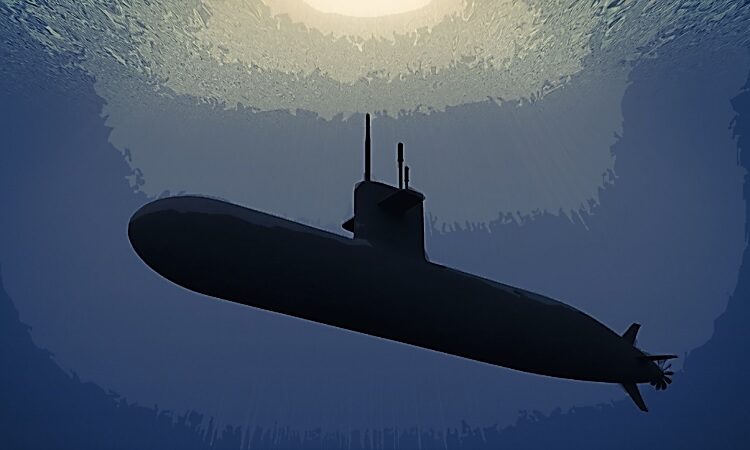 Australian Strategic Policy Institute’s (ASPI) Special Report; submarines, your questions answered, is a failed attempt by submarine apologists to apply a tourniquet to the SEA 1000 project’s wounds. Even after digesting the contributions to the report the interested reader will be left wondering deeply about the wisdom of this acquisition.

Despite the claim in the title, and the hope expressed by Peter Jennings, ASPI’s Executive Director, that the report “will become the go-to guide for authoritative comment on all things to do with the present and future of Australian submarines”; the Attack class submarine procurement remains unjustified, certainly not at $90 billion. That’s not to deny that there are important contributions in the report from Andrew Davies, Marcus Hellyer, Malcolm Davis, and others.

Rather than clarify the issues around submarine warfare and the Attack class it raises more questions than it answers. The interested reader will emerge from it uninformed about the challenges that submarine operations face now, and confused as to whether these submarines will be of any use when they are finally delivered in the second half of the 21st century. She will be no clearer about costs and benefits of alternatives for delivering the capabilities that the submarines are expected to deliver, or how emerging technologies – like artificial intelligence, improved signals processing, autonomous and unmanned vessels, robotics, hyper-sonics, space technology, advances in sensor technology and quantum computing etc – will affect future submarine warfare.

It is not possible to be definitive about the missions the ADF could be required to perform in future or the capability options required. Geography and regional military capabilities place some boundaries around these considerations. Conducting submarine operations in the Southern Ocean, the South China Sea, the Pacific Ocean, or in the Malacca Straits would all place very different demands and limitations on the ADF. Deterring or engaging with the military forces of minor, middle, or major powers would likewise determine the level of capability the ADF would need to deploy to achieve a mission.

The simplistic justifications offered for the Attack class submarines by retired admirals James Goldrick, Tim Barrett, and Peter Clark are disingenuous. The enormous complexity submarines face from anti-submarine warfare is avoided. How effective this specific submarine design might be under likely operational conditions is not addressed.

Barrett offers the general statement that a submarine “offers potent lethality that can be swiftly applied to abruptly halt any aggressor’s military plans at sea, if diplomatic measures have failed”. That an adversary might have effective anti-submarine capabilities is avoided. He adds that submarines can “take the battle to an adversary’s shoreline where its ships and submarines have little to no effect and are easier to find”, and that “capable submarines are a political and diplomatic bargaining tool”. Contributions to the report from others make clear how simplistic these claims are.

Goldrick and Clarke provide sketchy accounts of submarine warfare in the First, Second, and Cold Wars, and Jennings surveys past Defence White Papers, without explaining their relevance to submarine warfare four or more decades in the future. The first Attack class won’t complete operational trials until 2035 and the last in 2055, as John Davis notes, so they will be operating in the second-half of the 21st century. Yet, Goldrick makes the misleading claim that “Although some emerging technologies may increase the probabilities of detection underwater, they have yet to threaten the ability of modern, stealthy submarines to operate covertly”.

To the contrary, Andrew Davies says elsewhere in the report, “avoiding detection will be increasingly difficult and the reduction of electronic and acoustic signatures will be increasingly expensive and relatively small.” Davies’ judgement that “Increased detectability will make choke-points such as narrow straits and harbour approaches essentially no-go areas and will tend to push the patrol areas of submarines further away from shore” stands in contrast to Barrett’s claims. In future, Davies concludes, “The return on investment is likely to be much higher for the hunter than the hunted”. Malcolm Davis additionally observes, “The traditional dominance of the submarine may be drawing to a close, thanks to the prospect of space-based detection capability, but the potential of unmanned systems is just now becoming apparent”.

The interested reader seeking answers is confronted by opposing views in the report.

In her forward to the report the Defence Minister proclaims, “There’s no substitute for the capabilities that submarines deliver. It’s incumbent upon all of us to maintain our national resolve and long-term focus on this enterprise over the decades ahead”. But she would say that. Andrew Davies observes “the risk is that we’ve committed ourselves heavily to a monolithic approach to the future submarine that won’t be flexible enough to accommodate the changes likely to be required for effective operations in the future.”

What would have answered the many questions about what makes submarines a priority that justified massive investment, and what the capability requirements were that drove the design criteria, would have been an explanation of where, and in what circumstances, it was anticipated these assets would be operationally deployed, and against what level of adversary capability they are expected to prevail.

In order for the interested reader to understand the submarine decision, some indication of what the government’s expectations were of how technology, not to mention geopolitical shifts and climate change, might have an impact on submarine and anti-submarine warfare in future.

The interested reader would see much of this report as a public relations exercise, talking down to the public, and attempting to divert questions away from the burning one. Is this submarine intended primarily as a contribution by Australia to a possible conflict in the South China Sea? If it is, the Minister and the submarine cheer squad should tell the public. The by now sceptical interested reader might conclude that this diversionary effort is in itself an inadvertent admission.