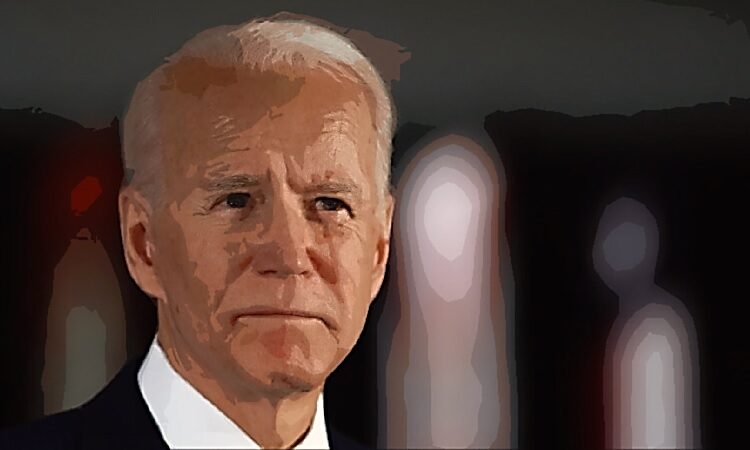 If President Biden produces a National Security Strategy (NSS) in 2021, Australia should hope for a major shift away from President Trump’s strategy. But not an uncritical return to President Obama’s 2015 version.

It is easy to forget that a central theme of Trump’s project was to oppose, negate or reverse Obama’s legacy. This is nowhere more clear than when the 2017 and 2015 National Security Strategies are compared.

However, it would not be good for Australia, or the world, if the Biden Administration failed to notice the big shifts that have taken place in the strategic environment over the past four years, and sought to resurrect Obama’s strategic vision.

Not all, or even most, of the changes in the strategic environment have been the result of Trump’s policies. While the pandemic has had some relatively minor direct strategic impacts during 2020, the coronavirus also has revealed some disturbing realities that go to the heart of why Biden should not seek simply to revive Obama’s strategy.

If stability and a workable international system are the outcomes the Biden Administration seeks, and Australia should hope they are, then three deeply interwoven issues need to be given serious attention. They are leadership, democracy, and sovereignty.

It is already clear that Biden’s planned foreign policy is centred on the belief that there is a role for US leadership in the world, a position the US once filled, and which can be recaptured. To “once more place America at the head of the table”. The link back to Obama is undeniable. The 2015 NSS spoke of “an undeniable truth — America must lead” and said the “question is never whether America should lead, but how we lead”. The 2015 NSS concludes “American leadership in this century, like the last, remains indispensable”.  If ever any of this was true, it is nonsense in today’s reality.

Among the developments that a future NSS must address is that democracy has been demonstrated to be just one option, and not necessarily the teleologically inevitable one, among a number of successful governance models. Outside of the Anglosphere and Western European states, democracy is not as venerated as might be expected.

Throughout the pandemic, people across the world have been able to observe the competence of a number systems of government as they tried to protected their citizens through management of the spread of the virus and then the acquisition, distribution and administration of the vaccines. It will be evident to many observers that China seems to have been more effective. In addition, among the so-called values-sharing like-minded nations, the liberal values touted by many democratic leaders quickly gave way to actions more common to authoritarian regimes.

It means accepting that universal rule-based regimes are often counterproductive and arrangements based on regional and geographical solutions can bring about better outcomes. America could commit in the NSS to facilitating a settlement in the South China Sea that separated the strategic and economic issues by abandoning the application of UN Convention on the Law of the Sea (UNCLOS). By framing the issue in terms of regional states rights to assert UNCLOS claims to potential resources in their exclusive economic zones (EEZs), and then conflating those claims with the great power strategic competition, no resolution is possible.

A settlement that recognises China’s legitimate security interests, and accepts the presence of Chinese military assets on the disputed Islands, but which is not associated with EEZ claims, could form the basis for easing tensions. A settlement negotiated between regional claimants which agreed on sharing or jointly exploiting the South China Sea, including new arbitration and collaborative institutions. A separate accompanying agreement on force numbers and deployments between the major powers based on legitimate interests, and not confrontation, might just avoid an Asian war.

The Biden NSS could accord the same level of respect and commitment to the sovereignty of all other nations that it expects in relation to its own. Admittedly that would be difficult for the US as it would mean rejecting American exceptionalism. Yet, notions that self-awarded leadership or democracy promotion licenses the US to interfere in the affairs of other states must be rebuffed by the Biden Administration.

The US should be prepared to renounce the use of the dominance of the US dollar in global finance as a weapon, and in particular give up the use of secondary economic sanctions. The NSS should accept that the dominance of the US dollar does not give the US the right to contravene the sovereignty of third party nations to bilateral disputes in which America is engaged.

Accommodation and pragmatism should be the overall tone of any new NSS. Rhetoric about shared values can no longer drive relationships, not just because it is no longer clear what are the values of the US, but because there are few shared values, at least shared liberal values. That India, Turkey, Egypt, and Sri Lanka and other nations hold elections doesn’t mean they share values among themselves or with the US or Australia. That Japan, South Korea, and Indonesia might share some democratic values doesn’t mean they share strategic interests with the US and Australia.

Biden’s intention to “host a global Summit for Democracy to renew the spirit and shared purpose of the nations of the Free World” is anachronistic. It is a facile Cold War idea that doesn’t accord with the contemporary complexities. It is about an agenda that the changing geopolitical and strategic relativities has made redundant. Australia should encourage Biden to view the world in a far less Manichean framework.

A new NSS that repositions the US as a more normal and less crusading nation, and as a nation more accepting of difference would be a huge plus. Putting aside emotional attachments to a legacy world order designed for another time would also be constructive. Australia should hope a new NSS is focussed on avoiding war in Asia.