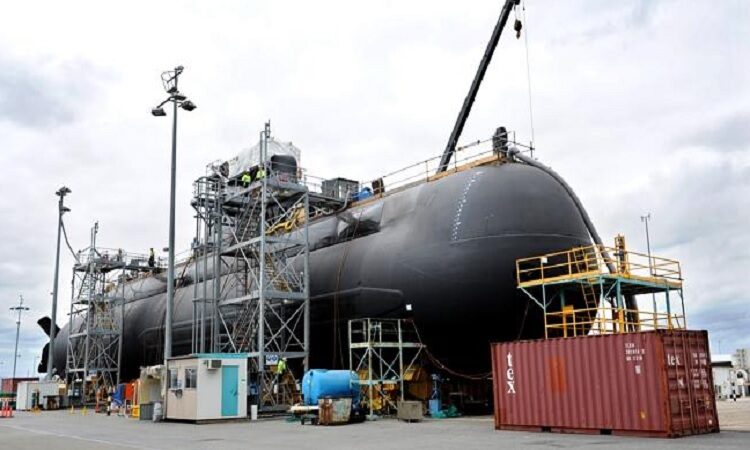 The Australian’s correspondent Robert Gottliebsen (The Australian 12 Feb 2020) has found ‘a clear warning to the Australian nation’ buried in the ANAO audit report on the Future Submarine Program.

His article draws attention to the limited understanding outside Defence of capability procurement and reaches an unconvincing conclusion.

The government’s initial error in strategic judgement aside, the submarine capability decision and the acquisition process are separate and sequential activities and it is possible to condemn one without maligning the other.

The Future Submarine project is a hugely complex undertaking and it will inevitably encounter risks to schedule, cost, and, most likely, delivered capability. That’s the nature of major acquisition projects whether carried out in Australia, Europe, the US or elsewhere. Technological, contractual, construction, integration, and financial risks are simply an intrinsic part of procurement and over the decades Defence has developed considerably experience managing risk.

The Australian National Audit Office (ANAO) found that ‘Defence’s overall assessment of risk for the Future Submarine Program is ‘high’ and Defence has adopted relevant risk mitigation strategies, including the long-term partnership with Naval Group’, the French consortium. Defence had ‘escalated key issues for ministerial consideration during the negotiation process’, and ‘provided frank advice to government on areas requiring active management by the parties to mitigate program risk and achieve program objectives’.

But in the end not all risk can be eliminated. In a project where the first platform won’t be delivered until 2035 and the last mid-century, there is a lot of time for adverse events to occur. Materials shortages, human resource problems, or economic disruptions, or even a conflict are impossible to foresee. Governments in Australia, France, and the US will change numerous times in this period and therefore political risk will always be present.

Gottliebsen’s warning is found in his interpretation of recommendations made by the Naval Shipbuilding Advisory Board (NSAB). His description of the Board as ‘one of the most highly qualified independent boards of advice ever assembled in Australia’ is defensible. As he notes, it ‘consists of seven of the most experienced and talented American defence and defence equipment experts and five very talented Australians’.

It is a formidable group. Chaired by Donald Winter, a former United States Secretary of the Navy, and counting among its members former USN Admirals Thomas Eccles, William Hilarides, and Paul Sullivan who between them have extensive experience in maritime operations, naval procurement, and submarine acquisitions and operations. However, NSAB’s remit is not related to capability but involves advice to government on the establishment of a secure, sustainable, long-term future for the Australian naval shipbuilding industry. Its advice should be seen in that light.

The NSAB was not the only or even the primary adviser to government on the Future Submarine project. The project governance arrangements include a Negotiation Reference Committee and the Submarine Advisory Committee, comprising between them a collection of senior Defence officials, independent advisors, and Australian and US retired naval officers, which reported to the General Manager Submarines who in turn reported up through the Secretary and CDF to government.

The NSAB provided some unremarkable and standard advice to the project managers that appears to relate to the impact on shipbuilding generally. It recommended that there should be ‘a best alternative to a negotiated agreement (BATNA) in the event contract negotiations were not successful.’ Also, that even if ‘the Strategic Partnering Agreement negotiations were successful; Defence consider if proceeding is in the national interest’. The ANAO report notes Defence responded satisfactorily to the first issue and represented the NSAB’s advice to Government when ‘seeking approval to enter the Strategic Partnering Agreement’.

Gottliebsen detects an implied warning in these words and claims ‘navy and the government ignored those risks and proceeded’. The NSAB advice is construed as a warning to the ‘nation of the risks’ which ‘may even ultimately put the alliance at risk’. Gottliebsen’s logic runs; there were ‘seven Americans on the board who are very well connected to the US defence establishment’ and the US ‘never trusted the French since US defence secrets were leaked to Russia in President de Gaulle’s time’, therefore the US will find a way to give us a combat system that is old technology’.

Even if US institutional memory extends back five or more decades, it is very unlikely that in the face of current geopolitical tensions today’s policy decisions will be based on those distant events. If the USN want Australia to have an interoperable submarine fleet at mid-century it will, in its own self-interest and as it has done with the Aegis Combat System for the destroyers, provide the RAN submarines with the appropriate fit out.

To think the combat system wasn’t discussed in advance with the Americans would be a mistake. The Australian experience with the Collins Class would guarantee it. To think the Americans would not be forthright in expressing any reservations misjudges the closeness of the relationship. A real threat to the alliance on account of French involvement in the project would have been aired early and forcefully.

Defence has clearly gone the distance in order to manage risk in this program. There are many commentators who think that acquiring submarines was an unwise decision in the first instance and many more who think the capability specifications and procurement strategy are wrong. But there is no doubt that in carrying out the government’s decision the project managers have adopted a prudent approach to risk, all the risks. The ANAO found sound practices had been followed and ‘Defence has adopted risk management methodologies to identify and assess program risk, and has adopted relevant risk mitigation strategies’.

Gottliebsen does, however, raise in passing a real capability risk. Submarines could be obsolete by the second half of this century.