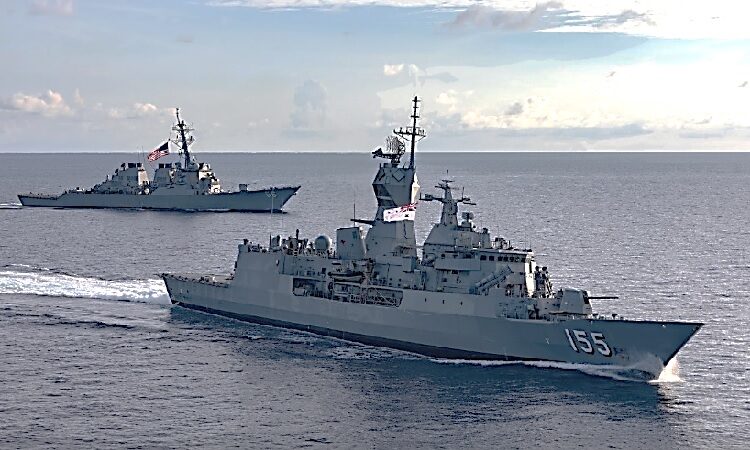 Reuters reports, based on Indian government sources, that on 2 November “India, the United States, Japan and Australia began their largest joint naval exercises in over a decade”, “seen as part of efforts to balance China’s vast military and economic power in the region”.

“The annual “Malabar” wargames that India holds with the United States and Japan have been expanded to include Australia this year to cover all members of the Quad, an informal group of the four largest democracies in the Indo-Pacific.”

According to the Indian Express, this year the exercise will be held in two phases, the first from 3 November off the Indian coast near Visakhapatnam, and the second in the Arabian Sea in mid-November.

In the news | 21 October 2020
Following ‘Quad’ talks, the US, Japan, and Australia conduct naval exercises in South China Sea

Foreign Policy, 8 October 2020, “Why the Quad Is the One Alliance Trump Cares About” (Ravi Agrawal)
The Diplomat, 19 October 2020, “Is the Quad Bound by Values or Interests?” (Grant Wyeth)
Lowy Interpreter, 25 October 2019, “Finally, some plain talk on the Quad” (Iain Henry)