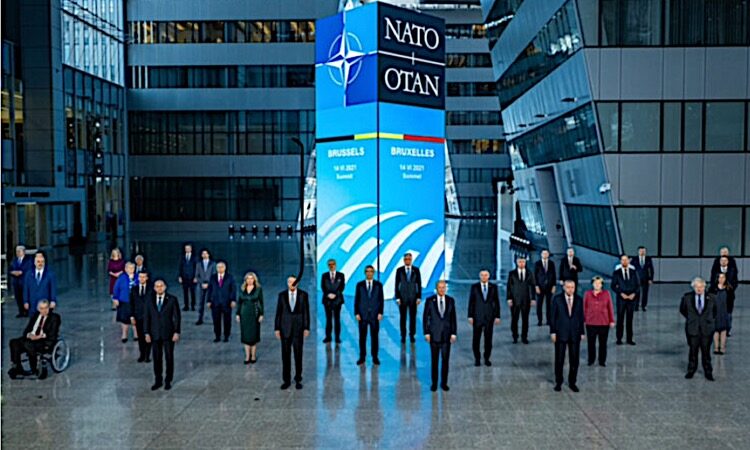 Despite receiving only two paragraphs of substantive coverage in the NATO summit’s 25-page communique, and a mere ten mentions overall, China has attracted the bulk of the media commentary. However, the NATO statement reveals the widening gap in strategic policy between the Europeans and the United States. The Europeans seem to have been able to leverage off President Biden’s desire to rebuild transatlantic alliance relations, and to present a unified front, to keep the focus on Europe and the North Atlantic.

The priority of China for America is clear as is the expectation that under American leadership allies can be brought in behind the American-led strategic competition. The Biden Administration’s Interim National Security Strategic Guidance document stressed that on China, America “will work to forge a common approach with like-minded countries” and “rally our allies and partners to join us, pooling our negotiating leverage and showing our collective power and resolve” towards China. Following the final recommendations submitted by the China Task Force, US Secretary of Defense Austin directed the Defense Department to “laser-focus” its efforts on to “China as the nation’s number one pacing challenge”. This includes investing in “America’s unparalleled network of allies and partners”. The NATO communique has been misread as advancing this project.

The words chosen in communiques matter. The brilliant new concept of the Indo-Pacific that has dazzled politicians and analysts in Australia was completely absent from the NATO communique. On the other hand, there was a noticeable emphasis in the text on the “Euro-Atlantic area”, which was referenced 29 times. Evidence that the European perspective dominated the summit outcomes.  Prime Minister Morrison might have gone to Europe with the Indo-Pacific region “is the epicentre of renewed strategic competition” mantra on his lips, but it was Russia that garnered 31 mentions in the NATO document. For the Europeans the epicentre is in Eastern Europe and Transcaucasia.

An additive approach is indicative of the relative strategic importance of geographic regions and nations, but the detail and strength in the text is more conclusive of the focus of the discussions at the NATO summit. The references to China are nuanced, conditional, and relatively passive and low-key. “China’s growing influence and international policies can present challenges that we need to address together as an Alliance” it observes. The formulation that NATO ”will engage China” does not convey the sense of menace or a need to constrain China. Yes, it observes China’s “ambitions and assertive behaviour present systemic challenges to the rules-based international order and to areas relevant to Alliance security”, but China is not depicted as a threat. There is no call to arms against China like that sought by Morrison. The main point is that “Reciprocal transparency and understanding would benefit both NATO and China”.

The issues that the Americans regard as important are absent from the communique. There are no provocative references to Xinjiang or Uighurs. Or Tibet. Or border disputes with India. Or the South China Sea. The strategic implications of Chinese investment through Belt and Road projects, including in Europe, are passed over. Instead it is noted that “NATO maintains a constructive dialogue with China where possible”.

Contrast that to the language used on Russia, which is central to Europe’s strategic policy concerns. Russia’s is declared “a threat to Euro-Atlantic security”.  Russia is issued ultimatums. “Until Russia demonstrates compliance with international law and its international obligations and responsibilities, there can be no return to “business as usual”, it states. In particular, the communique notes, NATO members “strongly condemn and will not recognise Russia’s illegal and illegitimate annexation of Crimea, and denounce its temporary occupation”. Whereas the Chinese actions against the Uighurs goes unmentioned, the allies insist ”human rights abuses and violations against the Crimean Tatars and members of other local communities must end”.

The statement goes on to enumerate Russia’s transgressions (paragraphs 9-14) in relation to Ukraine, Georgia and recognition of the Abkhazia and South Ossetia, the Republic of Moldova and Transnistria Settlement Process, and in the Black Sea and the Sea of Azov. Russia’s nuclear modernisation and missile deployment is criticised as is its hybrid actions against NATO Allies and partners, its political and economic pressure and intimidation, widespread disinformation campaigns, malicious cyber activities, illegal and destructive activities by Russian Intelligence Services on Allied territory. The litany of rogue and unacceptable policies and actions by Russia is exhaustively documented in the communique.

It is notable that China has been mentioned for the first time in a NATO communique. However, there has been a disproportionate and uncritical response to this. The Europeans could not ignore the American focus on China and it would be seen as a complete diplomatic failure on Biden’s part if it hadn’t been mentioned. The Europeans are pleased to see the Trump era pass and have an interest in boosting Biden’s multilateral and consultative approach. In addition, they are conscious of the geopolitical shifts and, while not choosing sides, cannot afford to be seen as being too far out of step with US policy. However, the China references are artfully crafted to straddle the geopolitical divide and bolster Europe’s strategic autonomy.

It is Russia, not China, that fills Europe’s strategic horizon. The foreign policy of the European states will continue to have a strong emphasis on human rights, democracy, multilateralism, and international law; but in military and strategic terms East Asia is a long way away. They will not be structuring their forces and developing their military plans with the operations in the South China Sea in mind. It hard to believe they are not conscious of the strategic calculus that a war between China and the US in East Asia would leave them vulnerable to Russia.

More significant than the mention of China in the communique, is the extent to which it emphasises the Euro-Atlantic area, and treats Russia as NATO’s primary security risk. Biden might want the allies behind him on China, but the Europeans don’t want the obsession with China to expose them to Russia.