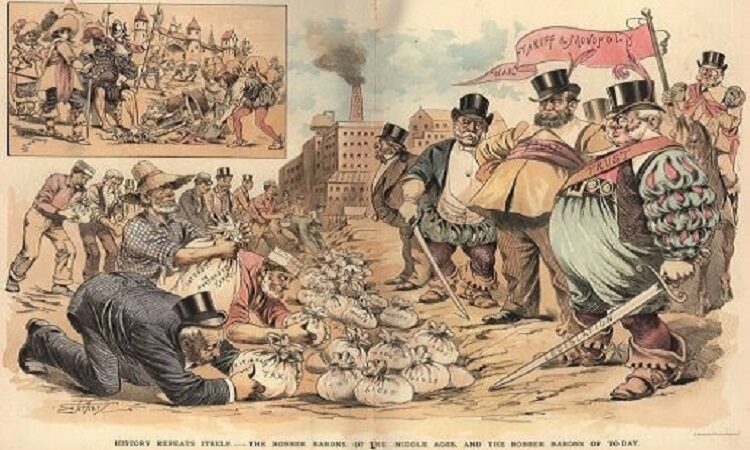 As Michael Shoebridge has rightly pointed out, how the US rebounds from the COVID-19 crisis will be important for international relations and Australia’s foreign policy. However, hagiography and selective historical references don’t substitute for serious reflection and reassessment.

The US will have suffered a shock to its presumptive values and to its social and economic systems as a result of the pandemic and will not necessarily rebound strongly.

Apart from being illusory and misleading, it is dangerous to posit an excessively flattering picture of the US. The US will have suffered a shock to its presumptive values and to its social and economic systems as a result of the pandemic and will not necessarily rebound strongly. As the world finds its feet again, Australia will need to look to its own interests first.

The central thesis of Shoebridge’s analysis is that ‘[t]he time beyond this current pandemic will reveal once again the energies and powers that drive America—and Americans’. The crisis will release the ‘enormous intellectual, innovative and creative flourishing in America’, and reveal the ‘potential that the pre-crisis era did not’.

To support this rosy view, Shoebridge calls on history. A glorious tale in which ‘America made massive development strides in the early phase of the industrial revolution’. Where Industrial expansion continued after the Civil War into ‘the Gilded Age’. Followed by a continuous process of economic reinvention following crises like the First World War, the Great Depression, and Second World War, and then ‘reaching out and building the defining global institutions’ and reshaping ‘the world’s economy several times, through industrialisation, globalisation’. None of which is wrong, just incomplete.

Neatly, this quick survey passes over the darker antebellum eras of US history: when economic success was accompanied by slavery and the decimation of the indigenous peoples, and where post-Civil War reconstruction saw extreme racial violence. He ignores the times that left white supremacists in charge of many Southern States and which saw the passage of the Jim Crow laws, which persisted into the 1960s. And the Progressive era that saw eugenics become respectable, even advocated by Theodore Roosevelt as President, and the proliferation of anti-miscegenation laws, not completely overturned until 1967.

There is some irony in the reference to the Gilded Age, which comes from the title of a 1973 book co-authored by Mark Twain that satirized the greed and corruption in post-Civil War America. Current historical scholarship is more inclined to see the Reconstruction, the Gilded Age and the Progressive eras as showing significant continuity, rather than as a period punctuated by crises. A time spanning roughly the period between 1865 and 1920: beginning with Andrew Johnson’s presidency and ending with Harding’s landslide victory.

There are some excellent introductions to this complex and ambiguous period of the US: including Southern Nation: Congress and White Supremacy After Reconstruction (2018), A Companion to the Gilded Age and Progressive Era (2017), Reading the Market Genres of Financial Capitalism in Gilded Age America (2016), and The Rise of Militarism in the Progressive Era 1900–1914 (2007).

There is no doubt that the US retains enormous resources, and vast human, intellectual and economic capital. It is also true that alongside many of the key inventions and innovations that have shaped the modern world, the US has provided some of the most inspiring thinkers, writers and leaders of modern times. The US won’t disappear as a force in world affairs overnight or in the foreseeable future. It will rebound in some form and demand international attention because of its residual power.

American progress has always been at a cost. That’s not unusual in great powers. The progress of the US has been in lock step with racism, discrimination, white supremacy, poverty, and war. The US, like other hegemons before it, has dressed up acting in its own interests with a veneer of idealism mixed with altruism. However, it is the US’s fallibility, the fact that it is a normal country governed by imperfect people, that makes any uncritical appreciation dangerous.

It is crucial that Australian foreign and strategic policy-makers have a realistic and unvarnished understanding of how the US might approach the post-pandemic world.

The study of history is important for developing the talent for policy in these domains. But it only gives up its lessons when approached objectively. History provides a valuable perspective on how previous crises, disruptions and discontinuities have played out, on how national directions can be reactions to contingent circumstances, and how bias, prejudice and self-interest can intrude into the reasoning of even the well-intentioned.

Michael Shoebridge is a well credentialed policy expert. His CV is impressive. Currently Director of Defence, Strategy & National Security at the Australian Strategic Policy Institute (ASPI), he has held senior positions in the departments of Prime Minister and Cabinet, Finance and Defence. He is undoubtedly someone to whom people listen. So it’s surprising and concerning to see this mythologizing of America, or promotion of a Hollywood-style image.

His previous writings reveal a degree of opposition to the Chinese regime and may indicate that his purpose is to bolster arguments for a realignment of Australia-China relations. This is a hotly disputed area of policy and, in the uncertainty of the post-pandemic era, one that needs to be approached realistically.

It is not a given that the US will act to ‘remake the post- Covid world’, at least not in a way that will benefit the international community more broadly. The sort of power the US exercised previously is now compromised, and building the post-pandemic world will be a complicated drama with many players. Following the US lead may prove to be the right course. However, good, clear-eyed policy in the post-COVID environment cannot be based uncritically on an illusion.