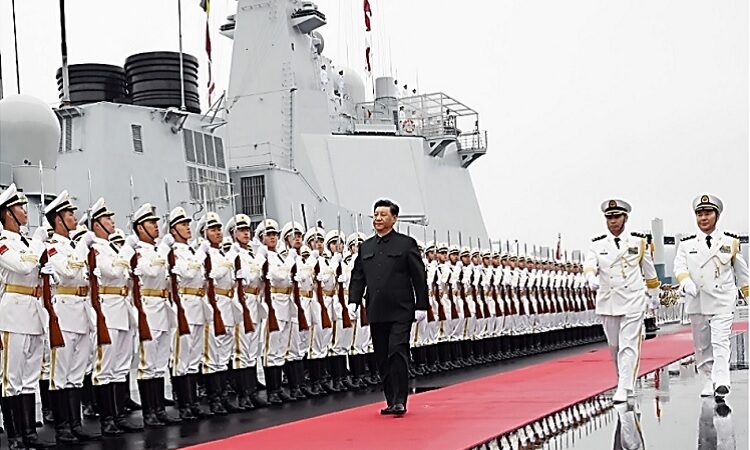 There is little to quarrel with in Hugh White’s assessment of the uncertainties in East Asia. His counsel to the government on the way forward for strategic policy, on the other hand, is less satisfactory.

Commenting on the 2020 Defence Strategic Update, White goes straight to some of the obviously questionable assumptions it contains: the Update is unrealistic in anticipating that regional countries will naturally line up with the US to resist China’s supposed hegemonic ambitions; and it takes as a given that the US has both the appetite and the capacity to successfully confront China in Asia. White notes that the Update “assumes that as a result China will be convinced or compelled to back off and abandon its ambitions”. He is right to point out that these are heroic expectations.

White suggests that the prudent course for Australia is to be thinking about how Australia can protect itself if China prevails in the contest with the US and “emerges as the dominant power in east Asia”. This appeals as a more sensible approach to managing Australia’s strategic risk than simply betting the nation’s future on a preferred rather than likely outcome.

White goes on to argue that to respond to the likelihood of China’s potential dominance in the region would require Australia to spend at least 3.5 to 4 percent of GDP in the decades to come. This is the point at which White appears to come unstuck. That is because of some of the assumptions that seem to lie behind his position.

It is no longer the case that Australia will have significant warning of a major conventional attack… But China will have decades to monitor Australia’s build up in capabilities.

In Australia’s strategic thinking two issues traditionally have been at the forefront: capability and motivation. In turn, these considerations gave rise to the notion of warning time – the time required by a potential adversary to acquire the substantial military and logistic capabilities needed to launch and sustain a major operation against Australia. The changes in the region as a result of China’s rise as a major military power have flipped the relevance of warning time.

The Update quite rightly notes that it is no longer the case that Australia will have significant warning of a major conventional attack. However, neither the Update nor White acknowledge that the reverse is now true. China will have decades to monitor Australia’s build up in capabilities. It will be a long haul before Australia has “the lethality and readiness of the ADF, as well as the logistic support required for high-intensity warfighting” identified in the Update; or the “depth for sustaining key capabilities and materiel, especially munitions”.

A major boost to defence spending could have a perverse outcome… the prospect of Australia being more able to resist an attack from the 2030s onwards could provoke an earlier strike.

A major boost to defence spending is likely to have a perverse outcome. If China had the ambition or motivation to attack Australia, and presently there is no indication that it has nor any logical reason why it might, then time is on its side. At its leisure China would be able to build its forces for the task and choose a time when the balance of forces was in its favour to strike. In fact, if China were the aggressive hegemon that the US and some in government paint it, the prospect of Australia being more able to resist an attack from the 2030s onwards might actually provoke it to strike earlier.

But that is not the major concern with either White’s argument or the Update’s reasoning. It is the lack of strategic imagination and absence of political forthrightness evidenced by the avoidance of the word “war” and the use of the euphemism “high-intensity conflict”. Both White and the Update seem to believe that conflict would be restricted to certain geographic areas, specifically, either the maritime approaches to Australia, or the South China Sea. This would be highly improbable.

A conflict in the South China Sea would be existential for China. It would mobilise for total war – not “high-intensity conflict” – a war that would spill over into surrounding regions, and likely bring other powers directly or indirectly into the struggle.

The issues at stake in a conflict in the South China Sea would be existential for China. It is inconceivable that, whichever party initiated the fighting, China would not see defeat as unacceptable and that it would not mobilise for total war. It would not be “high-intensity conflict” but a war that would spill over into surrounding regions and likely bring other powers directly or indirectly into the struggle. All of Asia would be drawn in.

It would never be about, or resolved by, the first battle or battles, but could settle into a war of attrition in the region for decades. Australia would not be excepted from serious physical and economic damage, and probably significant military and civilian casualties.

The scenario in which Australia is left to defend itself in its maritime approaches after the US either gives up its struggle, or retreats back across the Pacific after a defeat, is also not one in which the battle will be fought where and when, and with the forces, that Australia would like. For China to take the course of attacking Australia it would need to have some vital interest at stake. It would not be, as some might argue, because it’s a bad actor and aggressive and expansionist by nature. Were China to dominate in the region as White thinks probable, it would have many other avenues to punish or coerce Australia. If China’s grievance or motivation was so great that it believed an attack was the only alternative, it is hard to believe it wouldn’t come with overwhelming force.

The way forward is harder than buying rockets. Australia will need to find a way to to live peacefully in the Chinese behemoth’s backyard.

To embark on a major expansion of Australia’s military forces is not the way to protect Australia. On the contrary, it is hard to see where engaging in war can result in anything but seriously adverse outcomes for Australia. The focus on military solutions results from: a sort of tunnel vision that excludes the wider consequences beyond the battlefield; a denial of China’s agency and capacity to respond to strategic developments; and a degree of historical amnesia about the unpredictable nature of war.

Neither being a loyal ally charging into battle, nor building fortress Australia are the best strategies for Australia. The way forward is harder than buying rockets. Australia will need to find a “pragmatic concept of coexistence”, a way to live peacefully in the Chinese behemoth’s backyard.