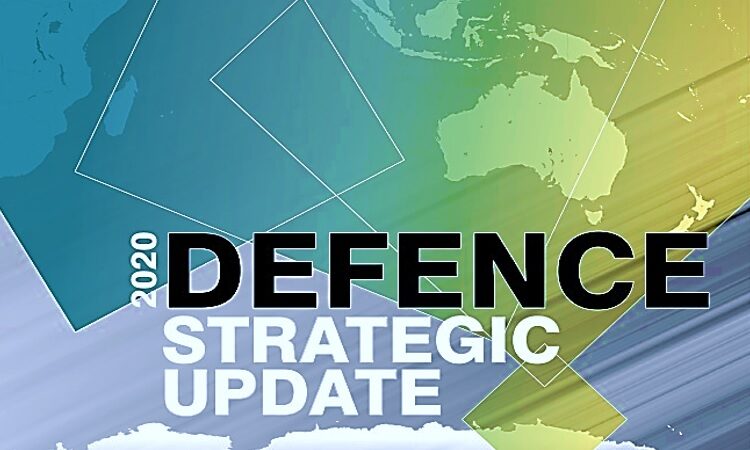 Announcing the strategic shift proposed by Australia’s 2020 Defence Strategic Update, Prime Minister Morrison compares the current strategic environment to that “faced when the global and regional order collapsed in the 1930s and 1940s”. Superficial analogies with the 1930s are dangerous grounds on which to base current strategic policies. But if the Prime Minister believes current global circumstances are comparable to those that preceded the Second World War, the response in the 2020 Defence Strategic Update is inadequate. If he doesn’t, his references amount to fearmongering.

Strategic policy answers the question: which problems might we require military force to resolve? The answer is often indeterminate with respect to timing, location and warning, although some military roles are uncontroversial.

That Australia’s military should be prepared for hostage situations, terrorist events, the evacuation of citizens, disaster relief, or peacekeeping operations is not surprising. There is very little of high policy involved in this. The defence of Australia is also a legitimate role for Australia’s military. It is an ordinary thing for a government to prepared to undertake. In this regard, strategic guidance has constantly emphasised the enormous logistical undertaking required to launch a conventional military action against Australia. A potential enemy would require massive military and economic resources and a very strong motivation or crucial objective for it to launch such an action. These judgements remain sound. Resolving the quandary of how much of what is needed, and when, for the defence of Australia has been the main preoccupation of Australian strategists since the 1970s.

The transition from a defensive to an offensive strategy is high policy indeed. It is the point at which leaders start thinking about war.

However, Morrison is now talking about something else altogether. He has announced a radical shift in how Australia is prepared to employ its military forces, and the implications are very great. For Australia to require forces beyond the demands of the aforementioned tasks, the use of the military becomes a very different thing. The transition from a defensive to an offensive strategy is high policy indeed. It is the point at which leaders start thinking about war.

In his address at the launch of the Strategic Update, Morrison claimed Australia has not seen “the conflation of global, economic and strategic uncertainty now being experienced here in Australia in our region since the existential threat we faced when the global and regional order collapsed in the 1930s and 1940s”. He said that the “period of the 1930s has been something I have been revisiting on a very regular basis, and when you connect both the economic challenge and the global uncertainty, it can be very haunting”.

This is an alarming proposition. The 1930s was the precursor to a destructive and lethal period of war that devastated Eurasia from west to east. The Prime Minister said that the international order is “under increasing – and I would suggest almost irreversible – strain”. The Indo-Pacific is, he declared “the focus of the dominant global contest of our age”. Does Morrison really think the situation is as dark as it was before the second world war; does he believe a struggle equivalent to that waged against Nazism and Japanese imperialism is coming?

ASPI’s Executive Director Peter Jennings has drawn the logical conclusion that a “slide to global war” is imminent.

Some observers have landed on that interpretation of Morrison’s allusions. For example, in a blogpost titled If we’re sliding towards war, the money must flow, ASPI’s Executive Director Peter Jennings has drawn the logical conclusion from the Morrison’ dire analogy, and that is that a “slide to global war” is imminent. Jennings bizarrely suggests that studying “the Imperial Japanese Army’s Pacific War plans” is the way to understand Chinese intentions in the Pacific. While Jennings’ comparison is as unhistorical, although more ridiculous, than Morrison’s, it reveals recognition of the shift in strategic thinking.

Arguing from historical analogy is a dubious business. The 1930s was a complex time in Europe and in East Asia and comparisons with contemporary times are inevitably superficial. But crucially, China will interpret the historical references in the Prime Minister’s statements in much the same way as Jennings and others have; that is by reading into them that Australia believes war could be imminent. Perhaps China will see long range strike capabilities as being directed at trying to deter Pacific nations from providing China with naval facilities, or from forming strategic partnerships. But critically they will see preparations for mobilisation behind the push for “a robust, resilient and innovative defence industrial base”, and the requirement “to significantly expand the ADF’s guided weapons and explosive ordinance stockholdings”. These are the props of sustained conflict.

More generally, China would be confused and concerned by the references to the 1930s. The border disputes between India and China, or disputes over atolls in the South China Sea, cannot be categorised with the German invasion of Sudetenland (Czechoslovakia) and the invasion of Poland, or the brutal invasion and occupation of Korea and parts of China by Japanese forces. Chinese treatment of Uighurs and Tibetans, while unacceptable, is in no way the same as the Nazi extermination camps or the Japanese occupation.

The Chinese would be wondering if Morrison genuinely thought there really was a similarity. They could conclude that he really believes the current environment harbours an “existential threat” from China, and that an epoch shaping “global contest” is in prospect. The Chinese will appreciate, as do Jennings and others, that although it is not explicitly stated in the document or by Morrison, the rhetoric, the new offensive strategy, the acquisition of long range capabilities, and the push for a resilient industrial military supply base, are all directed at China.

The clear conclusion from the Prime Minister’s words and the Strategic Update is that China is acknowledged as the enemy. Morrison’s strategic insight may or may not prove perspicacious. But Australia’s Prime Minister doesn’t act in a vacuum or speak just to a selective domestic audience. China will adjust their own strategic policy to take into account Australia’s newly-declared stance.