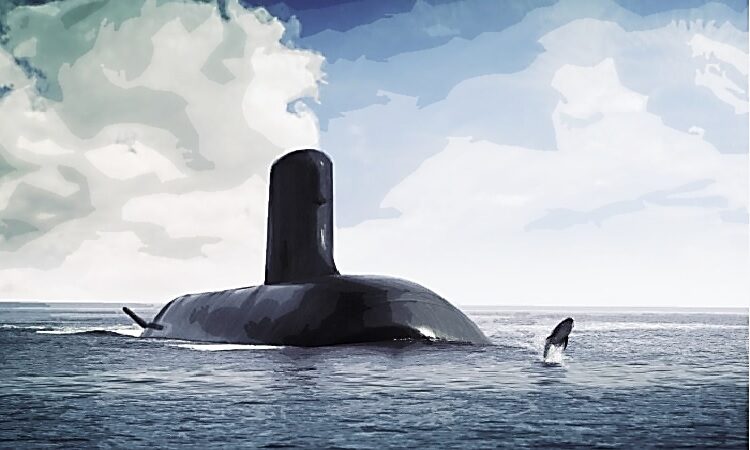 Strategic policy development is a more complex task than Jon Stanford has recently articulated in a three-part series of articles, and is as much an amalgam of imagination, judgement, contingent circumstances, and risk management as it is a science. It fails when the analyst has a particular solution in mind, like submarines, before commencing the strategic analysis.

Depicting military planning schematically as a linear process flowing from the national interest, to the mission, the strategy, and then the force structure simply obscures the complexities and uncertainties involved. Threats can emerge quickly where a potential adversary has the existing military capability and a casus belli, whereas shaping the force structure is a long-term, constant, and ongoing activity. These cycles operate at a very different speeds, and conflicts are come-as-you-are affairs.

Statements like “China will resist any challenge to its strategic objective of being not only the dominant power in the Indo-Pacific but also, perhaps, globally”, and “represents the greatest threat to Australia’s independence since 1942” are without meaning. How these two thoughts are related to each other is not explained by Stanford, yet they bear an enormous burden in his strategic logic. How would a military attack on Australia contribute to, or remove an obstacle to, China’s presumed ambition to be the sole hegemon? That is not self-evident.

Nevertheless, China’s formidable current and growing high-tech military capability is the biggest change in Australia’s strategic environment. China is a country that is very strong economically and militarily, with a political system it wishes to preserve and a range of interests it will pursue. It should be regarded in the same manner as the US, and can be expected at times to exert its strength in pursuit and protection of its interests, even to the point of coercion and military force if necessary. It is an unexceptional, amoral great power.

China probably believes it faces its worst situation since the Korean war. The SIPRI database indicates that between 2000 and 2019 the US outspent China on defence by $10,880 billion, and between just 2010 and 2019 by $5259 billion. China looks on the US’s presence in East Asia with some apprehension. China’s strategy, from their perspective, is defensive. For all the discussion of China’s aggression, it is the US and its allies that have been constantly at war for two decades. Strategic analysis demands the perspective of other states be considered, an argument made persuasively by Iain Henry (here and here, for example).

It is hard to imagine the circumstances in which China would have a strategic imperative to conduct a major military campaign thousands of kilometres from home. Such an event wouldn’t happen in a vacuum. China would have to be prepared to not only wear the financial cost of such an exercise, but risk damage to trading, diplomatic, and other relationships, retaliation and sanctions, and accept the prospect of domestic disruption, opposition and instability.

Jon Stanford advocates “a comprehensive military strategy” that is “directed towards deterring an attack on Australia”. If China had a reason to take military action against Australia, unlikely though that is, what would be its objective? To nullify Australia’s military capacity? To conquer and subjugate the population? Coerce Australia into a tribute state? Force Australia to join a Chinese Greater Co-prosperity sphere?

Anticipating an adversary’s likely objectives would indicate what they might target and therefore which capabilities they might employ. A military strategy must posit an adversary’s strategic objective in order to develop a concept of how a defence might be prepared. China might have relatively limited objectives in a confrontation with Australia, but that’s clearly not what Stanford has in mind when he argues for the need “to revise the Australian Military Strategy or preferably develop a new one”. This would be “an effective A2/AD [anti-access/areas-denial] strategy in the air-sea gap to our north and west” where “the RAN and RAAF will play the dominant roles”.

A2/AD is shorthand for “the ability of an opponent to raise the risk of operations within this region” whether by “air, land, sea or a mix of these”. It is a concept that has dominated analysis of China’s strategy against the US forces in the case of a conflict in the South China Sea. That this strategy could be transferred to very different strategic circumstances and geography, and where the discrepancy in relative power is so great, has not been demonstrated. Moreover, the deterrence value of the ADF, in the face of a China determined to prevail, is highly questionable.

The core of Stanford’s complaint is that “the ADF’s overriding approach to the force structure has been to replace like with like without critical analysis of Australia’s changing strategic requirements”. There is some validity to this, and some unfairness. It is only recently that China has appeared as a threat, and the force structure process is difficult to shift. Many decisions were taken in the early 2000s. Without a real threat before this time there was little basis for taking the force structure in different directions.

Stanford’s solution is a new military strategy. There are strong hints already that Australia has a strategy that is informing its future force structure, and that’s America’s strategy (here, here and here). That aside, Stanford pre-empts any new military strategy and leaps to conclusions about the importance of submarines, frigates, and bombers, and canvasses a 50% increase in the Defence budget. He emphasises the need to protect the north and west approaches in this new strategy, ignoring the growing reach, flexibility, and numbers of China’s military, and its future ability to strike population centres and infrastructure on the east coast.

Stanford’s analysis has an alarmist refrain. Australia is never likely to hold a key place in China’s strategic policy. It is not big enough or strategically located. It probably could have annoyance value, in which case Australia might see coercive threats. But planning on a very remote major military threat seems an unjustified reason to divert significant scarce resources.

Stanford’s opening suggestion that “the avoidance of a military conflict is clearly the first priority” is irrefutable. Extracting Australia from the US’s strategy is the means.