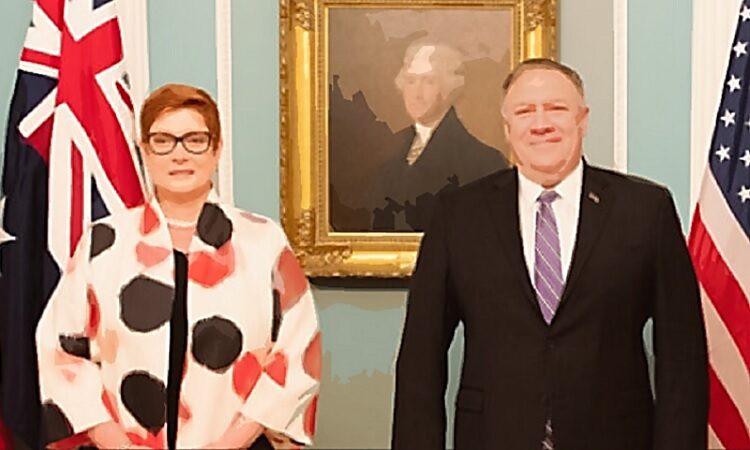 Australians should not be quite as comforted by the government’s recent statements around Australia-US Ministerial Consultations (AUSMIN) as some have indicated. Reassuring words are the slippery province of diplomacy. Strategic policy is founded in force structure and force posture.

Australia’s force structure decisions have recently been released in parallel with the 2020 Defence Strategic Update. The dependence on and integration of the Australian Defence Force into the US military system continues apace. The Strategic Update states “security arrangements, interoperability, intelligence sharing, and technological and industrial cooperation between Australia and the United States are critical to Australia’s national security”. The 2020 Force Structure Plan was derived from the Update’s judgements. Moreover, the Force Structure Plan is based on “Experimentation and analysis, conducted in Australia and overseas, [that] tested both the current force and proposed new capabilities against a broad range of classified scenarios”.

Now it appears that not only are government’s judgements regarding the military threats it anticipates, and that it believes justifies a huge ramp-up in defence investment, to be kept from the public; the basis of Australia’s force posture will similarly be withheld behind the classification curtain. The AUSMIN Joint Statement announced the signing of “a classified Statement of Principles on Alliance Defence Cooperation and Force Posture Priorities in the Indo-Pacific”. A  Force Posture Working Group will be established to “advance force-posture cooperation in the Indo-Pacific to promote a secure and stable region and deter coercive acts and the use of force”.

The 2016 Defence white paper distinguished between “the types of forces that Australia will develop – the force structure – and the disposition and deployment of those forces – the force posture”. Force posture covers readiness levels, force positioning, and the missions of military elements, plus sustainment and logistics arrangements. The 1994 Defence white paper advocated “a self-reliant defence posture in the more demanding strategic circumstances of the future”. Adding that “this will be important not just to our security, but to our national independence, international standing and self-respect”. That view has changed.

To step back a moment, it must be taken for granted the Australian Ministers were aware of the US Administration’s recent statements and actions. Secretary of State Pompeo has declared that the US strategy for China must address the need to counter the “Chinese Communist Party’s designs for hegemony”, and ensure that the “free world” triumphs over “this new tyranny”. America’s objective is to “induce China to change”. Pompeo believes “People’s Liberation Army is not a normal army”, because “Its purpose is to uphold the absolute rule of the Chinese Communist Party elites and expand a Chinese empire”.

The Americans want allies to join with them to “engage and empower the Chinese people”. Without a hint of irony, the Secretary has accused the Chinese regime of “alienating potential allies, breaking trust at home and abroad, rejecting property rights and predictable rule of law”. Pompeo has called for a modern crusade. He called on “every leader of every nation” as the “challenge of China demands exertion, energy from democracies – those in Europe, those in Africa, those in South America, and especially those in the Indo-Pacific region”. To meet this challenge will require “the United Nations, NATO, the G7 countries, the G20” and their “combined economic, diplomatic, and military power”.

The Secretary of Defense Esper has spoken of the US’s “co-development of defence capabilities, intelligence, corporation [sic] and close policy alignment with Australia”. The Defense chief said the US hopes “the CCP will change its ways”, but “must be prepared for the alternative”.

Just to be clear about what the Americans mean in this instance, Pompeo has said America is going to make sure its forces are “postured appropriately to counter the PLA”. The extent to which Australian military capability is becoming integrated in, and dependent on, the US military enterprise, in combination with the vast difference in the size of US and Australian military forces, means the ADF will most likely be positioned where it suits American military policy and planning.

In the context of AUSMIN, the Foreign Minister said Australia makes its “own decisions” and that “advancing Australia’s interests, our national interests” is the basis of Australian decision making. And she emphasised that Australia wants to “have a constructive and a mutually beneficial relationship with China”. But in Beijing close attention would have been paid to the agreement on force posturing which belies this independence, not the carefully chosen words.

The Trump Administration might be gone next January, and Pompeo along with it. The evangelising of this Administration on China might pass, and America become less hysterical; but many Americans hold antagonistic views of China. The strategic competition between the US and China will persist and the American propensity to fall back on the military will remain. In the Pentagon and in Canberra’s Russell Offices the new classified force posture agreement will be operationalised. Australian military planning and force posturing will be subject to US direction.

If China and the US were to edge closer to a war, the more the ADF’s force posture is joined at the hip with forward-based US forces, the less room Australia will have to make decisions in its own interest. An odd step given the government’s relentless insistence of Australia’s sovereignty. At this recent AUSMIN, Australia appears to have surrendered a substantial degree of strategic autonomy, and that’s how the Chinese will view it.