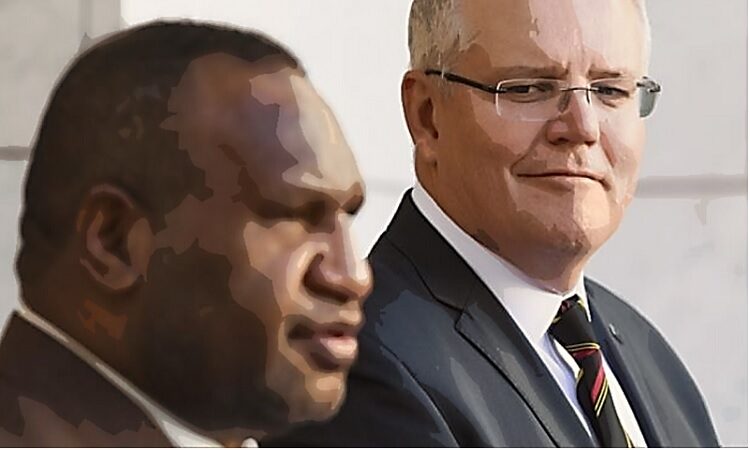 Australia’s writings on the history of strategic policy and military history are abundant and of a high quality. However, this knowledge is not reflected in the public debate on issues pertaining to Australia’s strategic policy choices. Of the academic and think tank community, only a select group of voices is heard most often and most loudly on the subject in the media. This creates a false sense of certainty around what is a speculative and inexact policy area.

The connection between strategic policy and force structure deserves to be intensively examined and validated through a public debate. The opportunity cost of defence investment is huge. So, the government’s rationale for the missions the ADF is likely to be tasked with, how big it should be to accomplish these tasks, how should it be organised, and the equipment it needs, are of great public interest.

The 2020 Defence Strategic Update says the ADF missions are “to deploy military power to shape Australia’s strategic environment, deter actions against our interests and, when required, respond with credible military force”. There is no indisputably right answer to the issue of how the ADF should be equipped, structured, and postured for these tasks, and there is considerable scope to interrogate the government’s policies. The government’s arguments should have been subject to robust public debate.

Hugh White observed in A National Asset: 50 Years of The Strategic and Defence Studies Centre (2016), that strategic and defence policy is “conceptually demanding”. Major wars happen rarely which means there is scant basis for an “empirical or practical approach to designing strategic policies and defence forces”. Thus, “there is not much alternative to building more or less elaborate conceptual frameworks to guide decision-making” and the “rigour, consistency and adequacy of such concepts is thus critical to the quality of the policy”.

These frameworks need to be critically tested for reasonableness, internal consistency and coherence, and for their relative merits compared to alternative conceptual frameworks. Despite the best efforts of strategists and military planners, they operate mostly in a realm ruled by subjectivity. As it is with most academic disciplines, the specialists on strategic policy speak to each other almost exclusively and overwhelming provide each other’s readership.

To get around this problem, the emphasis in force structuring has traditionally been on the prospective size and nature of the force that in theory could confront the ADF, not the actual likelihood of conflict occurring. As the 1987 Defence White paper explained, “no neighbouring country harbours aggressive designs on Australia” or has the capabilities “to sustain intensive military operations against [Australia]”. Defence planning “is not confined to the presence or absence of military threat itself”, and “prudent defence policy must insure against uncertainties” and risk.  Strategic policy and the consequent force structure planning, then, depends of a mixture of the judicious and cautious use of historical analogy, projection of current trends towards possible future states, and imaginative speculation about possible disruptions, discontinuities and innovations.

This all leads to the conclusion that strategic policy should not be rigid or unassailable, or settled. However, this brings the discussion up against the hard truth that, while strategic circumstances can shift relatively quickly, as the 2020 Strategic Update argues, the procurement of the assets that make up the force structure takes decades. The logical connection between the judgements about anticipated threats and the decisions to acquire capability are therefore tenuous. This leads to important questions that the media and many commentators haven’t asked on behalf of the citizens.

How will the ADF best deter threats and respond with force?

The connection between the timing of the major defence investments and the claimed serious deterioration in Australia’s strategic circumstances since the 2016 Defence White Paper should have been queried. The key investments referenced predate the Strategic Update. Project SEA 1000, the replacement of the Collins Class submarines with the Attack Class, kicked-off in 2007. In 2014 the Abbott government brought forward the Hunter Class Frigate Project. Australia joined the F-35 program in 2002. All decisions made before 2016.

Moreover, the assertion that the investment program is to allow the ADF to “respond with credible military force” to Australia’s prevailing or near term challenges is inconsistent with the delivery dates of the major weapons systems; especially those intended for deterrence. The missile programs in particular appear to have delivery dates past 2030, and probably much later in-service dates.  If the deterioration in Australia’s circumstances is as depicted by the government, Australia won’t actually be able to do anything more for most of the next twenty years than it can do today.

Aside from the enormous financial investment in defence, which should now automatically be subject to greater critique given the deleterious economic impact of the pandemic, the idea that the ADF will shape Australia’s strategic environment should have been deconstructed.

The Strategic Update indicates that shaping Australia’s strategic environment “includes preventing our operational access in the region from being constrained” and being prepared “to lead coalition operations where it is in the interests of the region for us to do so, especially in [Australia’s] immediate region”. That is, in the “north-eastern Indian Ocean, through maritime and mainland Southeast Asia to Papua New Guinea and the South West Pacific”.

There is a paternalistic, neo-colonial suggestion about this notion of shaping. There is a presumption that ASEAN and Pacific nations will naturally share Australia’s interests and objectives in the region. That states in our immediate region will not only have the same strategic perspectives as Australia, but they will cede their sovereignty to Australia. That despite very different cultures they will see the world through the perspective of Australian values. That despite their very different geographic, economic and security situations, they will allow the ADF unconstrained access and naturally follow Australian leadership in coalitions in a way that Australia itself would never permit.

There tends to be an unfortunate pattern to strategic policy documents. They are released in a glare of publicity amid glowing accolades from commentators who influenced their development, or agree with their judgements. Then the public discussion dissipates and the debate over the merits of the policy recedes into the academic literature or the blogs and conferences of the cognoscenti.